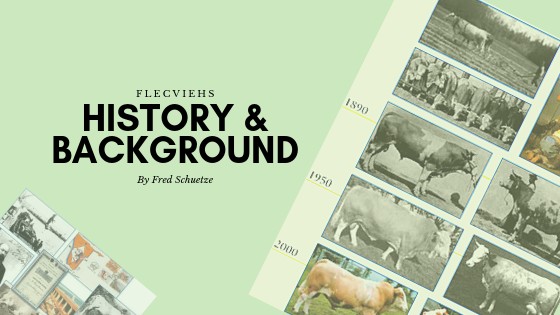 “Many breeders have asked about the history of Fleckvieh. It is difficult, if not impossible, to find a chronological history of the breed. I have put together a brief history with the help of C.P. Massmann, past Executive Director of the South African Simmentaler Association, and Dr. Thomas Grupp, General Manager of Prüf – und Besamungsstation in Munich, Germany. My sincere thanks to them for their help. “
Fred Schuetze

In the late 1800’s Swiss Simmentahler cattle were exported throughout Europe where different selection traits changed the cattle, as well as their names, and the five strains of Simmental were derived. In Germany and Austria the breed was initally selected as a Triple purpose breed, ie Milk Beef and for Draught work. They were called “Fleckvieh”, translated into English you have Spotted Cattle.

“Fleckvieh translated into English you have spotted cattle”

In the high valleys and mountains of France the “Abondance” line was started and in Southeastern France the “Montbeliard” was developed for milk production. In the rest of France the “Pie Rouge de l’Est” became known.

In Europe, where milk is the driving force, Fleckvieh are still dual purpose cattle and selection has maintained it to be a balanced breed, not selected for the extremes.

Balanced, productive and highly efficient dual purpose cattle, suitable for the production of milk, beef, and beef by-products,that can be kept in all production systems around the world. Fleckvieh were imported to North America in 1968 and started the pendulum genetic swing from the cattle of the 40’s and 50’s, that were just over three feet tall, to the large framed, narrow gutless wonders of the 70’s and 80’s, and then on to a trend toward smaller framed, easy fleshing, thicker cattle with less milk to stay productive on pasture land throughout the US.


“The acceptance of Fleckvieh cattle globally is because of their economic advantages and their adaptability.”

As one travels around the world it is easy to see why Fleckvieh have maintained such a presence in the beef cattle industry. The numbers of Fleckvieh-Simmental cattle, in the world population, is second only to Zebu. And, again, the reason is adaptability and proven genetics that are a century old.

In some countries the color has changed and type has been modified to meet environmental and market demands, but the genetic base of Fleckvieh continues to provide the base for superior performance.


Meeting The Needs Of The Cattle Industry

Over the last 150 years Fleckviehs have changed also to meet the demands imposed upon them by the environment and the market place. In some countries smaller framed, easy fleshing and calving with less milk and higher carcass quality are issues, along with color. While in others countries, size and color are not an issue and more milk is desirable.

The key issue here is that within the Fleckvieh gene pool there are genetics available to produce the type of cattle needed, and, as long as Fleckvieh breeders don’t go to extremes, the cattle will survive as they have done for the last 1 1/2 centuries.

nextStandard of excellence for Fleckvieh cattle 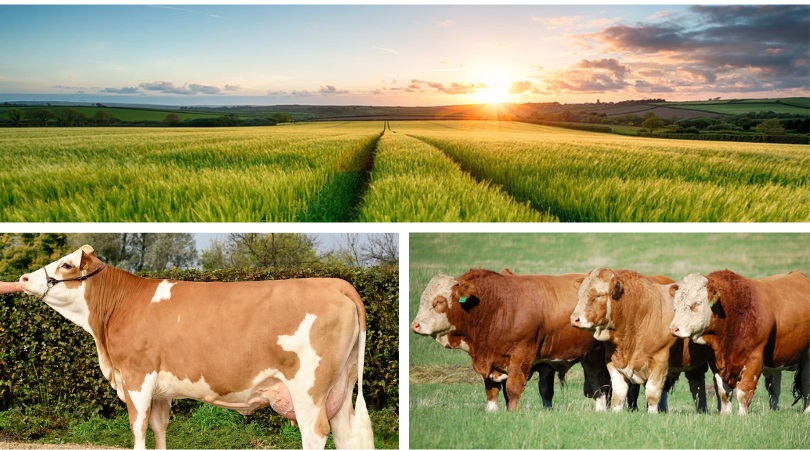 There are two different types of Fleckvieh, meaning they can be selected for beef or milk, depending on specific breeding criteria. Each type has its… Read More »Breeding Aims Standard of excellence for Fleckvieh cattle